EPISODE 2 – THE MOTHER OF ALL CITIES 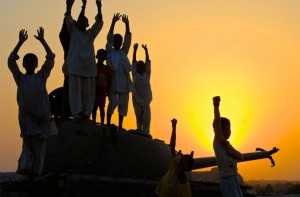 Long thought to be the citadel of Balkh, the Greeks accounts appear to describe a different city entirely. In the markets beneath the citadel, he finds evidence to suggest Bactra may lie out towards the Oxus River at the end of a great delta.

Entering Taliban territory, David and his cameraman, Greg, discover the remains of a vast defensive network of walls and fortresses more than 2,500 years old. Bactra though remains elusive.

Then a chance meeting leads David into the legendary Paraopamisus Mountains of the Greeks. Entering Taliban territory once again, he follows a system of archaic tunnels that lead into a remote valley. As he explores an abandoned archaeological dig site, he considers the Greek records carefully – is this the lost city of Bactra?